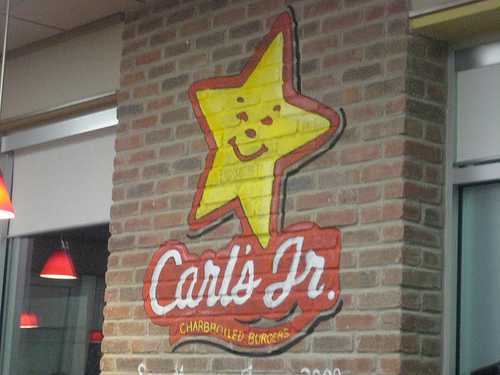 My next burger comes from a pretty big chain, Carl’s Jr. Started up in California from a few hot dog stands and crossed fingers the happy little star logo definitely has something to chuckle about. Spreading not just over the country but also over seas, I decided once I saw that giggling star logo show up in San Marcos, Tx I needed to put on my stretch pants and head on over. 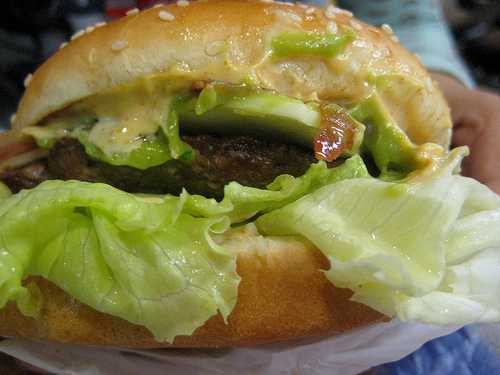 Well I can tell you that the charbroiled six dollar guacamole burger fills your stomach pretty alright. Although, being in southern Texas I can be pretty critical on guacamole, and theirs is not too special. The charbroiled meat reminds patrons of Burger King, but the variety in burger toppings and choices makes Carl’s Jr. a little extra special. The meat isn’t a bad quality but does feel like it’s been frozen. Carl’s Jr. is good for the price and the partial table service is strange but nice. If you’re in a hurry and need a burger I say eat it.